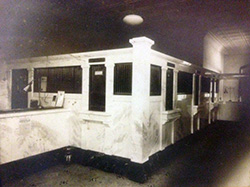 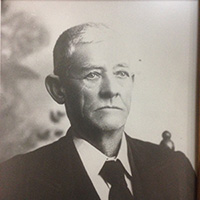 Wiley T. Murray was one of the first settlers in the San Saba valley, arriving about 1855. An Alabama native, he came here from Williamson County to open a general merchandise store to serve early settlers on the frontier. Murray was also a fine judge of horseflesh and bought and sold horses. When the civil war broke out in 1860, he was one of many in the area who procured horses for the Confederate Army.

Thomas W. Ward, a native of Mississippi, had a cattle ranch in Llano County, but he found that ranching provided little profit for a married man with a family. He and his wife returned to Austin where he first worked for a ferry boat company on the Colorado River and later as a store clerk. 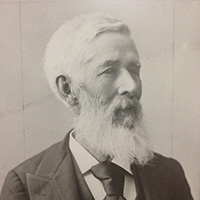 Both Ward and Murray prospered in San Saba, and both made loans to ranchers in the area. These loan transactions, coupled with handling money for store customers, caused the men to form a partnership with an office on the second floor of the building being used by Murray as a store.

The men decided on the Murray store building as a site for the second-floor bank because it was one of the largest buildings in the town. The structure had a white rock front facing Wallace Street and was 120 feet deep along Cherokee Street. The editor of the San Saba News called it a "shopping center under one roof and one of the largest houses outside the cities." 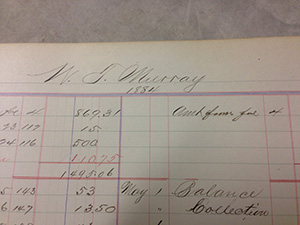 During the lean years of the Depression, the City National Bank was successful in maintaining business even under severe economic conditions. At close of business in 1933, deposits totaled $217,081 and loans and discounts totaled $211,008. The bank’s total assets, including its capital account, totaled $366,934. At the close of business on Dec.31, 2003, the bank had total assets of $46 million and deposits of $39.6 million. 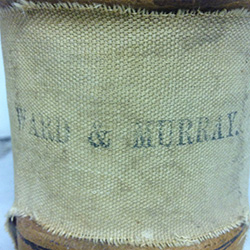 William Pat Murray, a grandson of the founder, became bank president in 1959. Pat Murray first came to City National Bank in 1948 and worked in several departments. After lengthy service as president, Pat Murray became chairman of the bank’s board in October, 1976.